Nearly half of trans people have been mistreated by medical providers, report finds

The onus of addressing discrimination against transgender people should fall on medical institutions, one of the report’s authors said.

For three years, Jesse Brace avoided getting care for their seizures after they experienced discrimination at an emergency room near their home in Lawrence, Kansas, in 2017.

They said they told the staff that they are transgender and nonbinary, that their name is different from their legal name and that they use gender-neutral pronouns.

“They refused to even so much as acknowledge this information, and not only did they not use [my pronouns], but they also sent me home without treating me for what I went in for,” said Brace, 25.

When they tried to get care elsewhere after that, they said, they had similar experiences, so they avoided care entirely.

In 2018, they began having seizures every day, so they started living in their car outside the Amazon facility where they were an assistant operations manager, because they couldn’t drive themself to work anymore.

In November 2018, they lost their job. “I lost my car soon after and ended up on the streets in the winter,” they said. “I was having hundreds [of seizures] a day and wasn’t even leaving where I was laying.”

They were homeless, living out of their car or on the streets, for over three years.

Brace’s experience in the ER — and the impact that health care discrimination had on their life — is something many trans people face and fear when they try to get care, according to a report released Wednesday by the Center for American Progress, or CAP, a liberal think tank. 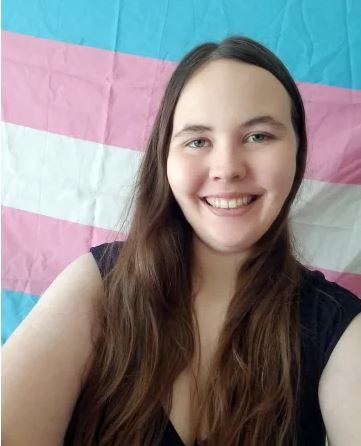 Discrimination, among other factors, prevents trans people from seeking necessary care, which leads to health disparities that can affect many other areas of their lives, the report found.

The authors outline a road map of solutions, including legislative protections for LGBTQ people and better competency training for medical providers.

“The onus should not be on individuals,” said one of the report’s authors, Sharita Gruberg, vice president of the center’s LGBTQ Research and Communications Project. “It really should be on these institutions to do the right thing, and the resources and guidance is out there.”

CAP’s report found that nearly half of transgender people — and 68 percent of transgender people of color — reported having experienced mistreatment at the hands of a medical provider, including refusal of care and verbal or physical abuse, in the year before the survey, which took place in June 2020.

Brace got another job in May 2019, but they said they weren’t able to get consistent care again until May of this year. They said doctors in the area repeatedly told them that they were unable to take on new patients. It wasn’t until Brace was referred to a doctor who has a transgender child that they were finally able to obtain a primary care physician.

“I get panic attacks just making appointments,” they said. “I have no support whatsoever. Unfortunately, all health care around here is like this. There is no support for trans people, and so most avoid seeking care.”

Dallas Ducar, a psychiatric nurse practitioner, opened Transhealth Northampton, a trans-led organization that provides health care to trans and gender diverse patients in western Massachusetts, in May. Ducar said that as a health care provider and a trans woman, she knows there’s a dearth of affirming care for trans people across the country.

She said many of Transhealth’s patients have gone without medical care for long periods of time. A patient who came in a couple of months ago had abnormal vital signs and had to be quickly taken to an emergency room because they were so sick, she added.

“It’s unfortunately not uncommon to see people who have experienced such high levels of discrimination and then forgo the routine visits, then perhaps even forgo an urgent care visit, which then turns into an emergency care visit,” she said.

The CAP report said harassment and discrimination “contribute to high rates of stress,” and — along with social determinants of health — make trans people “more likely to experience poor health outcomes.”

People will read about health disparities among trans people “and just think of that as something that, horribly, is associated with just like being trans, but actually a lot of these experiences have to do with being trans in a world that is constantly oppressing you and where you’re experiencing discrimination both interpersonally but also institutionally and in these broader systems,” said one of the report’s authors, Caroline Medina, a policy analyst at CAP.

The report cites the 2019 Behavioral Risk Factor Surveillance System data collected by the Centers for Disease Control and Prevention, which found that trans people were more than twice as likely as cisgender adults to be told they had depressive disorders.

Fifty-four percent also reported poor physical health at least one day in the previous month, compared to 36 percent of cisgender respondents, according to the CDC data. Trans people also have an increased likelihood of having asthma and developing cardiovascular disease, according to the CAP report.

The Covid-19 pandemic has also aggravated the health disparities trans people face: 1 in 3 reported having had suicidal thoughts during the pandemic, and 1 in 2 reported that their access to gender-affirming health care was curtailed significantly during the pandemic.

Ducar said barriers to care, particularly gender-affirming care like hormones, is “really, really harmful, and they add to the layers of discrimination that exists within the trans community.”

“On the mental health side, we are seeing folks with really complex issues — tons and tons of trauma — that’s coming to our doorstep,” she said. “We’re just seeing a lot of not only trauma, but complex PTSD specifically. These are people that have just been consistently burdened with the symptoms of PTSD, trauma just recurring. It’s really been terrible.”

A lack of cultural competency

When trans people do try to seek health care, they can face discrimination or outright refusal of care, as CAP found. But even when they don’t experience discrimination, they are likely to see providers who don’t have the cultural competency to provide them with affirming care.

The report cited a 2018 brief from the Kaiser Family Foundation that found that more than half of medical school curriculums lack information about unique health issues the LGBTQ community faces and don’t cover treatment beyond HIV prevention and care, “likely contributing to transgender people’s inability to access affirming care,” CAP wrote.

Alex Petrovnia, 24, a writer and scientific researcher living in central Pennsylvania, said that last fall, he had to report a primary care physician after a negative experience.

He was worried about how testosterone would affect a joint problem he was having, and he asked the doctor, who was still a medical resident, whether there was a form of physical therapy to help the problem. After a tense exchange, he said, the doctor told him, “I don’t know anything about this, because I’ve never had a patient like you.”

“I was trying to keep this interaction peaceable, and I replied with: ‘Yeah, I know. It’s really unfortunate that you’re not taught anything about trans people in medical school, and it’s just not a very well-known issue,’” he said. “And she looked me right in the eyes and she said: ‘I don’t think it’s that important. There aren’t many of you.’”

When he left, he tweeted about the visit so other trans people in the area would know not to see that doctor.

The medical practice reached out to him a few days later and asked what it could do better, Petrovnia said. When he returned to see a new, supportive primary care physician, “they told me that they sent the resident back to trans-inclusivity training and that they had instituted that for all of their residents going forward,” he said. “So that was very positive. … Being the squeaky wheel really actually made an impact and actually improved the situation theoretically for others.”

Petrovnia acknowledged that not everyone is able or willing to spark such teachable moments.

Mel Groves, 25, visited a primary care office in Montgomery, Alabama, in January when he had a cough, fever and lower body pains. When he was taken back for a full-body CT scan, he said, he had a decent conversation with the attendant who was pushing his chair. Groves said that when the procedure was over, however, the attendant’s tone changed. The attendant had apparently seen Groves’ chart and made a comment about his genitals, Groves said.

Groves said that he wanted to report it but that he was feeling too ill and overwhelmed, as he was working in the area temporarily. “I knew that that’s what I should have done, but at the time, I had a lot of stuff going on,” he said.

The health care system that oversees the primary care office where Groves was treated could not confirm his story, citing patient confidentiality.

‘The role falls on society’ 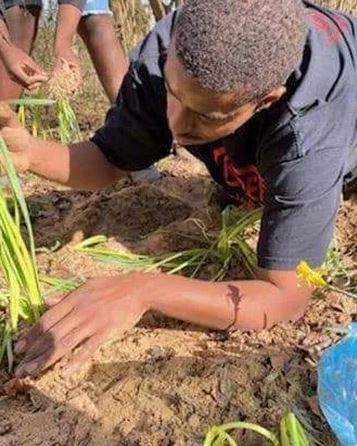 One in particular is among the most pressing, the authors said: They recommend that the federal government create a rule to strengthen Section 1557 of the Affordable Care Act, which prohibits discrimination on the basis of sex and has protected trans people from discrimination in federally funded health care facilities.

“The protections in Section 1557 are so critical but are also a floor that we need to firmly establish and strengthen,” said Gruberg of CAP. She said it was great that the Department of Health and Human Services’ Office of Civil Rights had announced that it would enforce Section 1557 to cover sexual orientation and gender identity, “but we’re also very worried about what that looks like, how strong these protections are going to be and the potential for religious exemptions to undermine them.”

U.S. District Judge Reed O’Connor issued a permanent injunction last week against the nondiscrimination protections in the Affordable Care Act, ruling in favor of religious health care providers who said the rules would force them to perform abortions or provide gender-affirming treatment against their religious beliefs. While Gruberg expects the decision to be overturned, she said “that threat is still there.”

Groves was connected with an affirming primary care physician through the Knights and Orchids Society, a grassroots organization in Selma, Alabama, led by Black trans people. He drives about 4½ hours from his home in Jackson, Mississippi, to Auburn, Alabama, when he needs care.

Although groups like the Knights and Orchids Society have provided what Groves described as “life-changing” support, he said it’s ultimately up to the medical system and society to address pervasive issues like discrimination.

“We’ve always been here,” he said. “So I think that now the role falls on society and the medical professionals to educate themselves more. If that means more fellowships, more trainings, more professional development … I feel like that is single-handedly the best thing that we can do to foster better health care for trans people, is helping people to understand how to be inclusive, and then going forward from there.”